By entering this website you accept the use of cookies. More information
OK
Sport Nutrition | Get your Nutrition right !
Morphology and Muscle Gain !

Genetics plays an important role in the practice of bodybuilding.

However, there is a concept of "morphotypes", used only in bodybuilding. Morphotypes would allow us to classify individuals according to their physical characteristics which would be of genetic origin and from which would derive greater or lesser capacities to become muscular or not to have too much body fat. We often hear about the different morphotypes that exist between individuals and that would change everything! Myth or reality?

In the 1940s, a psychologist by the name of William Sheldon tried to classify people according to three basic morphotypes that we now find everywhere in the literature devoted to bodybuilding and that would be essential in determining our abilities and difficulties. A typing that he determined according to the simple observation of photos... Nothing very scientific in short!

There would be three morphotypes :

An individual has a fine bone structure, narrow shoulders and pelvis, he is rather long and would have a "fast" metabolism. He has difficulty gaining muscle and weight, but on the other hand has an easy time losing fat. It would be of nervous temperament.

The individual has a thin bone structure, wide hips and narrow shoulders. They gain weight and fat easily. His temperament would be rather slow.

The individual has a thick bone structure and broad shoulders. Naturally muscular, he is considered the perfect individual for bodybuilding with the perfect morpho-anatomy, that is to say, bony levers and optimized muscle lengths, who therefore has facilities to lose muscle, but also to lose fat. Clearly, the gifted individual par excellence.

More concretely, we are all a mixture of these three morphotypes according to our sports and dietary history, our education, our experience...

Calling oneself an ectomorph to try to justify one's difficulties in gaining muscle and weight does not hold water. No bodybuilder without doping, except in exceptional cases, gains muscle easily. This is the beauty of this practice. You have to earn your progress.

The reality is that nothing is really connected. We can have an easy time growing a particular muscle and a difficult time growing another. We can have a nervous disposition and gain fat "easily" because we had a fat history, i.e. we were much fatter at one time.

Whatever your constitution and your current profile, there is always a possibility of change, a margin of progression. It is true that some people are genetically predisposed to make more muscle than others, but this has nothing to do with the initial width of your waist or shoulders. Furthermore, when it comes to the ability to store body fat, all studies show that it is much more influenced by... Diet than by genes. 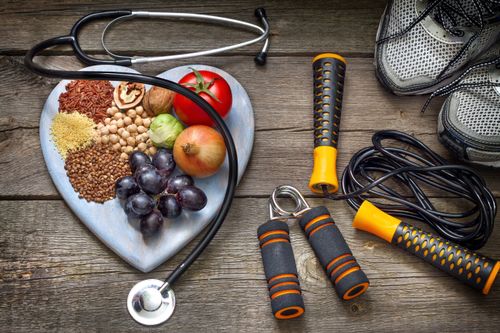 In a recent study of more than 36,000 adults of different origins with a time span of about 25 years, an international team of researchers showed that the association between obesity genes and the risk of obesity was not always true: it depends on the diet of individuals.

Thus, among people who have an obesity gene, only those who have a diet rich in fats, and in particular saturated fats, become obese. In other words: diet influences genes.

This aspect of things is still not well known and we like to say that obesity is genetic. However, this research confirms dozens of other older studies. In 2012, Harvard researchers showed that the more sodas we consume, the more the obesity genes are activated and contribute to overweight. A daily consumption of sodas would multiply the risk of obesity by 5.

Physical activity also seems to influence these genes: one hour of daily walking reduces the genetic influence of obesity by 50%. Conversely, being sedentary and watching television 4 hours a day increases this influence by 50%.

Thus, even a person who has been thin throughout his or her childhood can become obese. The mechanism identified by the researchers is the following: at the beginning, by eating regularly "junk foods", our body weight does not change. With time, this diet modifies the intestinal bacterial flora: bacteria belonging to the firmicutes family proliferate abnormally. These bacteria are responsible for the absorption of calories from food by our body: our body starts to absorb more and more calories even if we don't eat more, so we start to gain weight. Once the bacterial flora of firmicutes is well established, weight gain (and especially fat gain) accelerates and if the diet is not changed, can lead to significant overweight or obesity. Diet is therefore the most important parameter, far ahead of genetics.

In conclusion, morphotypes do not exist.

To go further and help you in your sports goals, here are our articles that can advise you on:

- How to lose weight effectively

- How to make gain weigh/bulk up

- What type of protein to take

Here’s what we've been up to recently.